Tunisia’s Difficult Transition: Will There Be Light at the End of the Tunnel? 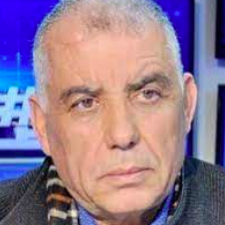 Ten years ago, Tunisians cast off the heavy burden of fear that had been weighing on us for decades—fear of the police, of the judiciary, even of our neighbors who might be spying on us. Those euphoric revolutionary days in January 2011 were like a wonderful dream. Imagine the feeling when I saw the very people who had sat idly in cafés as the police harassed me and other human rights defenders suddenly standing with me chanting for justice and freedom. I never thought this would happen in my lifetime.

Slogans from those days still resonate in my mind. “When the people demand freedom, destiny must respond,” the line from Abu El Qassim Elchebby’s poem “To the Tyrants of the World,” became a rallying cry. The chant “Employment, Freedom, and Dignity” expressed our core demands. And the defiant messages of “Ben Ali, Dégage” and “Game Over” appeared everywhere just before his exit from power on January 14.

A decade later, euphoria has given way to disappointment, even bitterness. Does this mean that the mountain roared and brought forth a mouse? No. But as Tunisians commemorate this anniversary, we still cannot answer two central questions. How can the Revolution of “Justice and Dignity” achieve the demands for which hundreds of young people sacrificed their lives? And, if these goals remain unattainable, is there any light at the end of the tunnel?

When outsiders praise Tunisia as “the only success story in the Arab world,” they often ignore an important truth about our revolution. The people from the marginalized regions and shantytowns around Tunis—those who were the first to take to the streets in December 2010 and who faced the worst police brutality—were less interested in democracy and human rights than in improving their economic and social conditions. What they wanted most was regional equality, employment, and an end to corruption.

For these Tunisians, democracy was not an end but a means to achieve greater equity, good governance, and respect, and dignity was a path to eradicate economic misery and social frustration. In public opinion polls since 2011, many Tunisians continue to say that they want economic improvement and economic justice even more than democracy.

On this tenth anniversary we will hardly celebrate the revolution as the definitive turning point we once hoped it would be. We are living through an unprecedented economic and social crisis marked by unfulfilled promises of social justice, rising corruption, decaying public services, and worsening unemployment. The coronavirus pandemic has only added to the misery. Small and medium enterprises have been hit hard, and tourism, a key industry that employs nearly half a million people, has suffered especially large blows. Tens of thousands of Tunisians have lost their jobs.

Massive strikes, sit-ins, and power struggles are also spoiling the memory of the revolution. The 2019 parliamentary and presidential elections completely shook up the political scene. A new extremist coalition has emerged in parliament that blends national sovereignty, populism, and reactionary ideas. One part of this coalition is the al-Karama bloc of Islamo-populists. Recently one of its lawmakers launched a diatribe in parliament against “modern women,” declaring that “giving them freedom and rights” has undermined their dignity and calling single mothers “sluts.” Al-Karama’s excessive, vulgar, and often violent discourse has begun to embarrass Ennahda, which has been trying hard to modernize its image.

On the other side of the extremist coalition is the Free Destourian Party, led by Abir Moussi, a prominent official during the Ben Ali era who is now an influential anti-revolutionary politician. Moussi ardently promotes deeply corrosive falsehoods. She claims that Ben Ali’s regime was the “victim” of a coordinated plot led by foreign powers and Islamists (read: Ennahda). She insists that the ousted president was a nationalist, not a dictator. She insists that Ennahda is a branch of the international Muslim Brotherhood and a leading force in global terrorism.

Moussi’s meteoric rise is part of a surge of nostalgia for the Ben Ali era. The difficult and unstable political transition has fostered despair among many Tunisians who believed in the revolution. The post-Ben Ali political class has failed to give us an attractive image of democracy. Verbal attacks, disputes, and even physical brawls are frequent in our fragmented parliament. People are sick and tired of watching their elected representatives bickering over their own interests instead of solving Tunisia’s problems.

Being the only “success story” in the Arab world does not mean much when Tunisians’ standard of living is getting worse. Today, two main dangers loom over the country. First, the growing nostalgia for the old dictatorship could boost support for ending democracy. Second, the anger and civil disobedience that is spreading in the south could turn into a new revolution. This time, it may not be as peaceful as what we experienced ten years ago. And we cannot predict where it will lead.

There are no quick solutions to our predicament, but there are things that Tunisia’s leaders should do right away. They should address regional inequalities, including by enhancing investment and job creation in interior regions. Our politicians should encourage the long-overdue establishment of the Constitutional Court, which, if filled with pro-democratic judges, would help strengthen democracy and serve as a safeguard against any dangerous legal or constitutional moves by Moussi and other anti-democrats. Prioritizing the creation of a thriving economy with social justice would strengthen Tunisians’ belief in democracy and renew the hopes of the revolution. Tunisia’s destiny is up to Tunisians, but those in the international community who claim to support our transition certainly can do more to help.

Messaoud Romdhani is a longtime Tunisian human rights activist. A founding member of the Tunisian Forum for Economic and Social Rights (FTDES), he serves on the executive committee of EuroMed Rights.