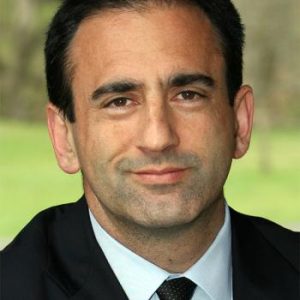 According to the White House, the purpose of the call was to recognizeHaftar’s “significant role in fighting terrorism and securing Libya’s oil resources,” and the two leaders “discussed a shared vision for Libya’s transition to a stable, democratic political system.” During the conversation, Trump backed Haftar’s military assault on Libya’s capital city of Tripoli, U.S. officials told Bloomberg. The campaign has escalated in recent days, with multiple airstrikes and ground attacks, leading so far to over 250 deaths and more than 1,000 wounded, including numerous civilians and children.

By lending support to Haftar, Trump once again overruled, and caught off guard, his top national security advisors, who until that point vigorously opposed the general’s latest military offensive. Only two weeks ago, Secretary of State Mike Pompeo said that the United States had urged an “immediate halt” to Haftar’s military operations, which he rightly said were “endangering civilians and undermining prospects for a better future for all Libyans.” Acting Defense Secretary Patrick Shanahan subsequently agreed. “[A] military solution is not what Libya needs,” he said.

The White House announcement was a drastic reversal of U.S. policy in the region—but such reversals are not without precedent. In June 2017, for example, Trump suddenly tweeted his support for a Saudi Arabia-led boycott of Qatar while his secretaries of state and defense were still expressing their support for the enduring U.S.-Qatar strategic relationship. In fact, Trump himself had just met with Qatar’s emir, called him a friend of the United States, and declared his desire to sell Qatar lots of “beautiful military equipment.” Similarly, late last year, Trump announced a total and immediate withdrawal of U.S. troops from Syria only days after his top foreign-policy officials had insisted those troops would remain there indefinitely….