The Pandemic: A View from Syria 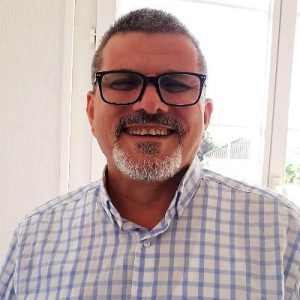 Editor’s note: This is the fourth in POMED’s series of short interviews with civic activists, researchers, and others in our MENA network to spotlight the pandemic’s effects across the region. In this Q&A, we are joined by Talal Al-Mustafa, former professor of sociology at Damascus University and a current researcher of sociology at the Harmoon Center for Contemporary Studies, a think tank focused on Syria. This interview has been edited for length and clarity.

Background: The Syrian regime claims that the coronavirus outbreak in the country has been mild, with just 394 confirmed cases and 16 deaths. But the actual situation is believed to be much worse, and conditions are ripe for a severe health crisis. After a decade of war, fewer than two-thirds of public hospitals are fully functioning and there is a serious shortage of trained medical staff. Furthermore, six million internally displaced Syrians live in crowded camps where healthcare is limited or absent. Last week, the first confirmed infection was reported in rebel-held Idlib, where an outbreak could spread especially rapidly.

POMED: What kind of protection from the virus, and treatment for COVID-19, is available for Syrians?

Dr. Al-Mustafa: Not much. Testing is extremely limited, with just 9,331 tests administered to date in regime-controlled areas and only one testing lab in the rebel areas in the northwest. There are a few quarantine centers in Idlib for those entering from Turkey. But many travelers do not quarantine in these centers, which do not always offer basic services such as toilets. Internally displaced populations living in camps have it even worse.

War has destroyed much of Syria’s medical system, and what remains is severely underfunded. Syrians have to pay bribes just to get access to hospitals, and if they do manage to get access, the quality of care is extremely poor. Eighty-three percent of Syrians now live below the poverty line and cannot afford to pay for medication.

You conduct public opinion polls inside Syria. What do they tell you about how Syrians view the pandemic?

Our surveys indicate that the pandemic is uniting Syrians against a natural “enemy” outside of politics for the first time since the war. Solidarity values are replacing sectarian divisions and some Syrians are reaching out across lines. The culture of “gloating” over the misfortunes of other Syrians appears to be dissipating somewhat. This all suggests that Syrians do have the capacity to overcome their deep differences and to reconcile.

At the same time, our research shows that Syrians are more worried about the dire economic situation than about the virus. “Death by corona or death by starvation” is now a prevalent saying in Syria. Ten percent of respondents in one recent survey speculated that hunger uprisings are possible—we are already seeing protests in response to the economic crisis.

Do you think the pandemic will weaken the Assad regime?

No, at least not anytime soon. A regime that has no problem bombing and starving its own citizens will not be concerned with a health crisis. In fact, the regime is taking advantage of the pandemic to get sanctions lifted. And it is using the instability created by the virus to avoid reaching a viable political solution to the conflict. Even the regime’s response to the pandemic is politicized—a government health official boasted that if the Syrian military can eradicate the “virus of terrorism,” stopping the coronavirus will not be a challenge.

Mariam Mahmoud works with POMED’s Research Program. Talal Al-Mustafa is a researcher of sociology at the Harmoon Center for Contemporary Studies, a Syria-focused research institute based in Doha. Follow him on Twitter @MoustafaTalal.