The Pandemic: A View from Lebanon

Editor’s note: This is the sixth in POMED’s series of short interviews with civic activists, researchers, and others in our MENA network to spotlight the pandemic’s effects on rights and governance across the region. In this Q&A, we are joined by Dr. Marie-Noëlle Abi-Yaghi, director of Lebanon Support, a Beirut-based non-profit research center, and Professor at the Saint-Joseph University in Beirut. This interview has been edited for length and clarity.

Background: Lebanon is suffering through one of its toughest periods since the civil war, dealing with an economic implosion, a political crisis, popular unrest, and horrific August 4 Beirut Port explosion—on top of the coronavirus pandemic. Lebanon reported its first case on February 21, and the government imposed a full lockdown from March through early May. Initially Lebanon managed to keep cases down, but since the Port explosion, cases have increased by 220 percent. To date, Lebanon has had 40,882 confirmed cases and 374 deaths. On October 2, Lebanon reportedly saw its highest daily count yet, registering nearly 1,300 new cases over the past 24 hours.

POMED: How has the port explosion complicated the pandemic response?

Dr. Marie-Noëlle Abi-Yaghi: Lebanon’s healthcare workers were already struggling to respond in the face of power outages, budget cuts, and the government’s failure to develop a functional response plan. The explosion obviously made the situation even more grim. Among other challenges, the blast destroyed three of Beirut’s major hospitals, and to make room for COVID-19 patients the remaining hospitals have rushed to discharge explosion victims.

In addition, public skepticism is growing over whether the pandemic represents a genuine threat—or an excuse for the government to quash the protest movement. Many Lebanese viewed the government’s imposition of a nighttime curfew after the explosion as an attempt to limit demonstrations, not to slow the spread of the virus.

What has the pandemic been like for Lebanon’s large refugee and migrant worker population?

These vulnerable communities have been disproportionately affected. The lockdown severely hurt their livelihoods, and we have seen a disturbing trend of migrant workers being abandoned by sponsors who can no longer afford to pay their wages. Refugees and migrant workers have very limited access to testing and healthcare. On top of this, there is a stigma among vulnerable populations around being sick that discourages getting tested.

The explosion and the pandemic have put Lebanon’s problems of inefficient, corrupt governance on full display. What are people’s demands to change the situation?

A consensus is forming over the root causes of Lebanon’s problems. Many Lebanese agree that corruption, the consociational system, and neoliberal economic policies are costing them their civil liberties and economic well-being.

But there is no agreement over a political solution. We are seeing the old debates about reforming the system versus toppling the regime. People cannot agree on the movement’s priorities or even on a coherent roadmap.

We are in another vicious cycle of state failure. After the explosion, in the absence of any coherent response by the state, young people organized to clean up the streets and to provide support to vulnerable populations. This is of course commendable, but many Lebanese reject narratives that shift the responsibility for responding to crises from the state to the people. They see the state’s “resilience narrative”—which presents the Lebanese people as willing to withstand all instability and challenges—as a tool to justify the regime’s passivity in the face of never-ending crises. They demand a more comprehensive state response.

Mariam Mahmoud works with POMED’s Research Program. Dr. Marie-Noëlle Abi-Yaghi is the director of Lebanon Support, a Beirut-based non-profit research center, and Professor at the Saint-Joseph University in Beirut. Follow her on Twitter @mnabiyaghi. 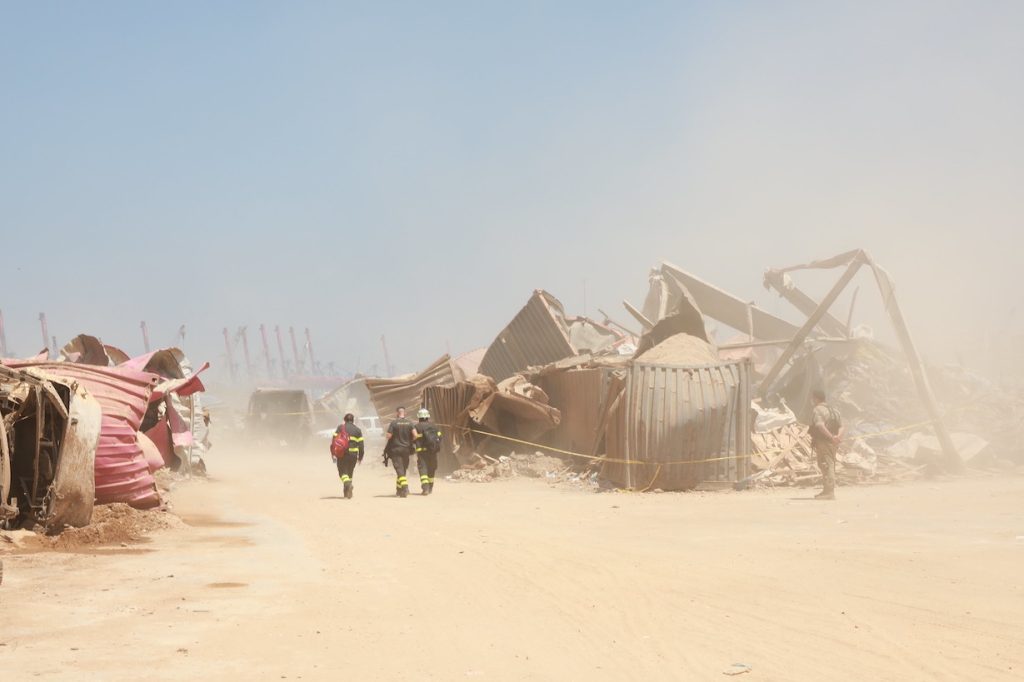