Editor’s note: This is the fifth in POMED’s series of short interviews with civic activists, researchers, and others in our MENA network to spotlight the pandemic’s effects on rights and governance across the region. In this Q&A, we are joined by Dr. Ebtehal Al-Khateeb, an activist for minority and marginalized populations and a professor of English literature at Kuwait University. This interview has been edited for length and clarity.

Background: Kuwait is facing three concurrent crises: the pandemic, the oil price drop, and the hospitalization of its aged ruler, Sheikh Sabah al-Ahmed Al Sabah. The country reported on February 25 its first confirmed COVID-19 cases, three travelers returning from Iran. The government swiftly closed the borders, canceled sporting events, and shut restaurants. Kuwait imposed the strictest measures in the Gulf, going into complete lockdown for three weeks in May. To date, Kuwait has had 65,903 confirmed cases and 444 deaths.

POMED: Kuwait’s Bidoun population—some 100,000 stateless residents[1]—have long faced discrimination and exclusion by the Kuwaiti state. How are they faring during this crisis?

Dr. Ebtehal Al-Khateeb: The government has made medical services and economic assistance available to the Bidoun, but this is not enough to overcome decades of oppressive policies that have impoverished this community and isolated them within Kuwaiti society.[2] Lacking proper paperwork, the Bidoun cannot obtain formal work and must rely on daily wages from odd jobs, which have become harder to find during the pandemic. Bidoun families are struggling to pay tuition and rent, risking homelessness. And the suicide epidemic within the community continues.

Another marginalized population is migrant workers, some 70 percent of Kuwait’s population. What is their situation right now?

As with the Bidoun, the pandemic has highlighted failed state policies toward migrant workers. Under the Kafala system, these workers are under the control of their Kuwaiti sponsors.[3] Once the pandemic hit, businesses that had brought in migrant workers abandoned them, suspending their contracts or denying them wages. Set to be deported, these workers were forced into temporary living facilities. Although the government is providing food and some necessities in the deportation centers, they are still densely packed, unsanitary, and lacking in basic services; and the conditions have incited unrest. It is nearly impossible to isolate infected migrant workers, who also have limited access to medical services.

These guest workers are stuck in a dispute between the Kuwaiti government and their home governments over which side will pay for deportation. Our government must hold employers accountable for creating this humanitarian crisis.

Compounding the hostile environment, the government recently drafted legislation to decrease the number of migrant workers in what it says is an effort to mitigate unemployment among Kuwaiti nationals.

Kuwait imposed strict measures early on to combat the virus—yet case numbers continue to climb. How do you explain this?

Many Kuwaitis refuse to recognize their communal responsibility to fight the virus and are violating curfew and social distancing rules. In addition, the government made some strange decisions early on, such as re-opening mosques and allowing restaurants to open for pick-up. As our case numbers were increasing alarmingly, such hasty reopening seemed unreasonable.

More positively, the healthcare system seems to be more prepared now, and although infected cases are on the rise, the number of hospitalized Kuwaitis is dropping. Most infected people are not experiencing severe complications and can recover at home.

1. Bidoun, or “without” in Arabic, refers to a minority group of 100,000 people in Kuwait without formal nationality or statehood. They have been struggling for legal recognition since the state was established in 1961.

2. The Central System for the Remedy of the Situation of Illegal Residents, the government body in charge of resolving the statelessness of the Bidoun, has for years pressured the population to waive their rights to Kuwaiti citizenship in return for obtaining legal papers needed to access social services. In 2019, a member of parliament introduced a draft law to legalize the government’s practice of arbitrarily assigning other nationalities to the Bidoun to give them legal standing in Kuwait. The law would strip the Bidoun of their rights to secure higher paying jobs in the public and private sectors and force them to relinquish claims to Kuwaiti nationality.

3. The Kafala system is a system of sponsorship whereby a migrant worker’s immigration status is legally tied to his or her employer for the duration of a work contract. Workers cannot change employment or leave the country without written permission from their ‘kafeel’ or sponsor.

Mariam Mahmoud works with POMED’s Research Program. Dr. Ebtehal Al-Khateeb is an activist for minority rights and a professor of English literature at Kuwait University. Follow her on Twitter @Ebtehal_A. 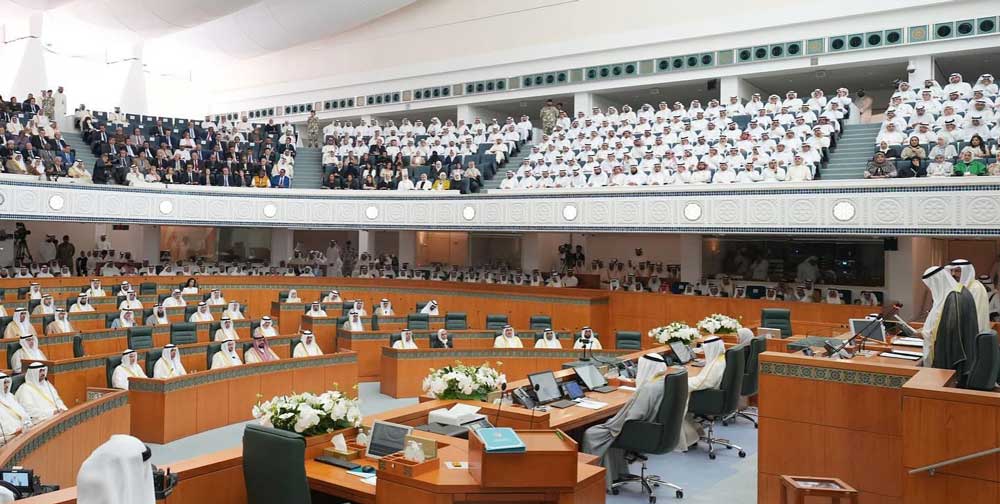 Report – De-liberalization in Kuwait: The Limits of Power-Sharing in a Difficult Neighborhood