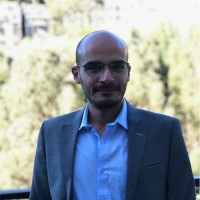 Four years after the popularly supported military coup that overthrew its first freely elected president, Egypt’s political life is going through a period widely seen as worse than the time of Mubarak. In presidential elections held last week, official results show president Abdel Fattah al-Sisi winning a second term with a comfortable 97.08 percent of ballots properly cast. Al-Sisi’s only challenger, Moussa Mostafa Moussa, was an unknown political figure who had been the head of a pro-Sisi electoral campaign before he was enlisted to play the role of opposition candidate in an electoral contest marred by reports of irregularities. However, this result was obtained not only through manipulation of the electoral process. In the three months prior to the the voting period, the regime’s crackdown on the public sphere reached levels not seen since the immediate aftermath of the 2013 coup, despite the regime’s unquestioned dominance of the political scene.

Egypt’s fractured opposition movement, still reeling from the profound transformations Egypt has undergone since the 2011 revolution, has been unable to mount an effective and unified response to the regime’s monopolization of political life. In an effort to overcome this impasse, in December of 2017, eight political parties and more than 150 public figures declared the formation of a new opposition coalition, the Civil Democratic Movement (CDM). In their inaugural statement, the members of the movement described their goals as the unification of all civic and democratic forces opposed to the regime and their willingness to support any genuine candidate running against al-Sisi in the March 2018 presidential elections.

Now, less than four months later, this coalition is in disarray. Many of its most prominent figures have been repressed by the regime, and all presidential candidates capable of presenting a real challenge to al-Sisi were prevented from participating in the elections. Will the CDM be able to overcome these setbacks? Or was it an experiment doomed to fail from the start?

To properly evaluate the CDM’s prospects, it is useful to compare it to another opposition coalition that it modeled itself on in many respects: the National Salvation Front (NSF). The NSF was the last coalition that contained secular parties alongside former military or government officials; it was formed during former president Mohamed Morsi’s first year to oppose his Muslim Brotherhood’s policies. The NSF was one of the key forces responsible for the toppling of Morsi in the popularly supported July 3 coup that brought the current regime to power.

Following in the NSF’s footsteps, the CDM has brought together anti-regime opposition currents and reformists sympathetic to the regime, such as George Ishak, Ahmed El-Boraei, and Dr. Hazem Hosni. By including both anti-regime and reformist forces, the CDM seemed well-poised to present a powerful challenge to the regime. The shared goals of building a more democratic and transparent state hold a cross-ideological appeal that may win over many Egyptians, even those who do not necessarily identify with the opposition.

WHAT ACTUALLY HAPPENED: ARRESTS AND DISTRACTIONS

In late January, Gen. Sami Anan, the former Army chief of staff, announced he was running against al-Sisi in the elections, an unprecedented challenge to Sisi’s authority coming from the heart of the security establishment. To lead his presidential campaign, Anan chose Hisham Geneina, the former Central Auditing Agency head, and Dr. Hosny, both members of the CDM. This was the moment when the CDM’s influence seemed greatest, but it also put the CDM squarely on the regime’s radar. When Anan was arrested by the military for failing to secure permission to run for election from the Army’s supreme council, his CDM campaign staff was attacked as well. Indeed, only a few days after Anan’s arrest, Hisham Geneina was attacked in the street by thugs suspected of working for the regime, leaving him severely injured. Geneina was later arrested after giving an interview in which he alleged that Anan was in possession of documents demonstrating the culpability of high-ranking officials in violence and other abuses from 2011 onward.

The arrest of Anan heralded a direct attack on the CDM itself. Perhaps sensing the threat of this new coalition, the regime unleashed a widespread crackdown on the CDM less than a month after its formation. The original impetus was the call put out by the Movement for a boycott of Egypt’s 2018 presidential elections, which they described as “an absurd scene that we refuse to take part in.” A criminal complaint was filed by a pro-regime lawyer, accusing the CDM’s leaders of threatening Egypt’s national security, trying to overthrow the regime, and conspiring against the president. The public prosecutor quickly initiated an investigation into the complaint.

As the CDM was coming under increasing pressure, the military launched a major military operation, known in the media as Operation Sinai 2018. Under cover of patriotic propaganda, the regime did its best to boost its profile while marginalizing all opposition to the regime and its handling of the elections. Images of heroic Egyptian soldiers battling terrorists occupied the public’s attention, leaving the regime free to ramp up its assault on the opposition. A few days after the announcement of the Sinai 2018 operation, Dr. Abdul Moneim Aboul Fotouh, former presidential candidate in 2012’s elections and head of the Strong Egypt party, was arrested along with five of his party’s young leaders, after he conducted a series of interviews with the foreign media in which he sharply criticized the regime. Abul Fotouh was later added to the terrorist list by an Egyptian court.

The assault on the opposition was not limited to attacks on political figures. An investigative report by the BBC alleging regime responsibility for torture and enforced disappearances was the next target of the regime’s onslaught, with the State Information Service questioning the report’s credibility and the Ministry of Interior arranging an interview between a prominent pro-regime news anchor and one of the supposed victims of enforced disappearance highlighted in the report. A brutal crackdown on Egypt’s embattled independent journalists continues; indeed, the reporter who conducted the interview that led to CDM member Hisham Geneina’s arrest was himself arrested shortly thereafter. As the regime clamps down on all forms of political and social expression not under its direct control, it remains to be seen whether the CDM will be able to continue organizing after the elections.

The swift crackdown on the CDM after its boycott call indicated the potential power of the coalition. When opposition parties in Egypt organized themselves into a broad-tent coalition that put basic principles before ideology, they attracted internal critics of the regime. This dynamic alarmed the regime, as it correctly estimates that the building of such an alliance is the gravest political challenge it faces. If nothing else, the CDM succeeded in demonstrating the potential of such a coalition, and the extremes to which the regime will go to prevent it from taking root. In addition, the CDM was clearly far more successful at uniting the opposition than earlier attempts were, such as that announced by former presidential candidate Hamdeen Sabahy in 2016. By providing a neutral, non-ideological platform that unites the opposition with itself, and the opposition with dissident components of the regime, the CDM provides a model for future attempts to reopen Egypt’s public sphere.

Another lesson can be drawn from the CDM’s experiences: in today’s Egypt, a viable opposition candidate, even one drawn from the regime, must speak the language of the revolution, and stand for social justice and a civil democratic state. The three aborted candidacies by military figures (Col. Konsowa, Gen. Shafiq, and Gen. Anan) all featured explicit references to democracy and human rights issues. When al-Sisi sensed the CDM was following the NSF’s footsteps in achieving a rapprochement between regime figures and the political opposition, the very coalition that brought Sisi himself to power, Sisi wasted no time getting his own house in order. Sisi replaced his relative Khaled Fawzy as head of the General Intelligence Directorate (GID) in January 2018, with his long-time chief of staff Abbas Kamel taking over the position. The GID has often been suspected to be a hotbed of anti-Sisi sentiment in the regime, and some have suggested that elements in the GID may have encouraged electoral opposition to Sisi.

As the discourse of internal and external critics of the regime converges, the case of Anan, and the CDM as a whole, illustrates the extent to which the manner the regime deals with such critics is converging in turn. Whether or not the CDM survives as a viable opposition grouping after the vicious assault it has been subjected to is of lesser significance than the important questions it has raised about the future of Egypt’s civil opposition. As the elections recede into the background, and Sisi’s ambition to become president for life becomes more and more apparent, Egypt’s civic opposition will need to seriously consider the lessons imparted by the CDM and its predecessors.

Badr Elbendary is an independent media and management professional and political activist, with a deep interest in conflict resolution and mediation work. He joined POMED as a visiting research fellow this year after obtaining his Master’s degree in International Relations from the Maxwell School at Syracuse University. Follow him on Twitter @BadrElBendary.