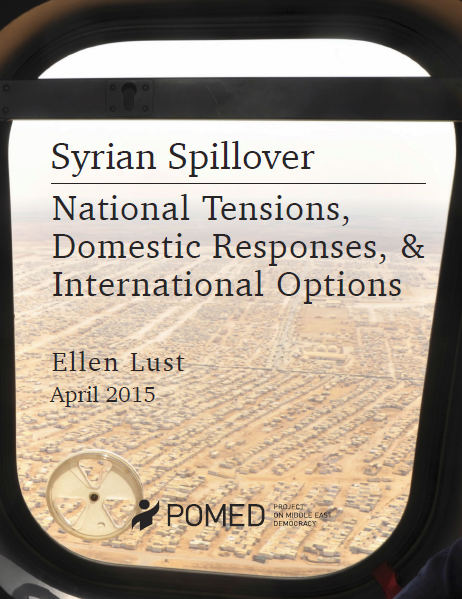 The effects of the Syrian conflict—over 220,000 lives lost, the destruction of schools, hospitals, and infrastructure—are felt far beyond the boundaries of the war-torn country. On January 7, 2015, Syria overtook Afghanistan as the country with the most registered refugees, the majority having fled to Turkey, Lebanon, Jordan, Iraq, and Egypt. This places extraordinary pressures on Syria’s neighbors.

Increasing demand for scarce resources in these countries has been fostering tensions between host populations and refugees. But addressing these problems is extraordinarily challenging for both domestic and international actors. They are unable to address fully the social and economic problems, and yet more challenges continue to emerge. Meanwhile, municipalities are on the front lines, often lacking both resources and capacity. More than ever, they need to develop capacities, and national and international actors recognize the importance of doing so.

The refugee crisis challenges governance systems, but it also provides an opportunity for reform. This report examines the Syrian refugee crises, the dissolution of normalcy in host countries, and the possibilities for reform. It begins with a brief review of the expansion of Syrian refugees into neighboring countries. Section two studies the economic impact of the crisis, while section three examines the social and political tensions that result. Sections four and five consider how domestic and international communities have responded respectively. The report concludes by discussing how the international community can engage to ease suffering while fostering lasting improvements to governance.

Ellen Lust is a Nonresident Senior Fellow at the Project on Middle East Democracy (POMED). She has over 16 years of experience teaching Middle East politics and is currently Associate Professor in the Department of Political Science at Yale University. Her books include Structuring Conflict in the Arab World: Incumbents, Opponents and Institutions, Political Participation in the Middle East, the 12th and 13th editions of The Middle East, and the recently published Taking to the Streets: The Transformation of Arab Activism. Her work has appeared in Foreign Affairs, the New York Times, CNN, and Foreign Policy. She holds a BA in Public Policy and Psychology from Albion College and an MA in Middle Eastern & North African Studies and PhD in Political Science from the University of Michigan.