Report – For the Common Good: Revitalizing Multilateral Cooperation for Political Reform in the Middle East

In May and September of 2009, the Friedrich-Ebert-Stiftung (FES) and the Project on Middle East Democracy (POMED) gathered twenty American, European, and Middle Eastern leaders to discuss challenges and opportunities for multilateral efforts to support reform in the Middle East. 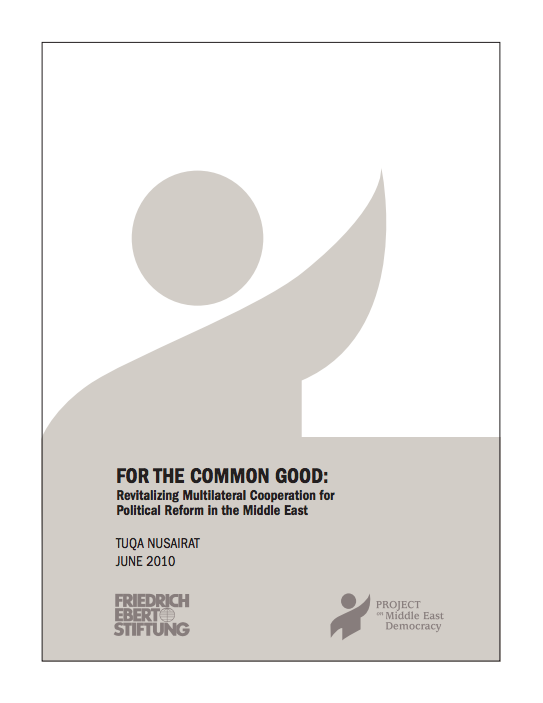 The workshop participants also discussed specific platforms for such multilateral efforts and provided recommendations to policymakers for improving these mechanisms in order to effectively promote democratic reform in the region.

Discussions of these priorities included steps for moving forward in their implementation as well as potential obstacles facing the parties involved. With these in hand, the participants went on to discuss existing multilateral frameworks and emerged with a set of recommendations to address the loopholes and weaknesses in five prominent multilateral initiatives:

In reviewing the aforementioned priorities, participants concluded that some could not be addressed by existing multilateral initiatives.  Suggestions emerged for an “Arab Social Forum,” a non-governmental, non-partisan, open platform for regional organizations and individuals to share experiences and success stories, and to organize around shared interests.