Report – After Cairo: From the Vision of the Cairo Speech to Active Support for Human Dignity

The election of President Obama offers a genuine opportunity to repair the badly damaged image of the United States in the Middle East. In the first six months of his presidency, Middle Eastern publics held surprisingly positive views of Obama. Nevertheless, they remain skeptical of American policy. 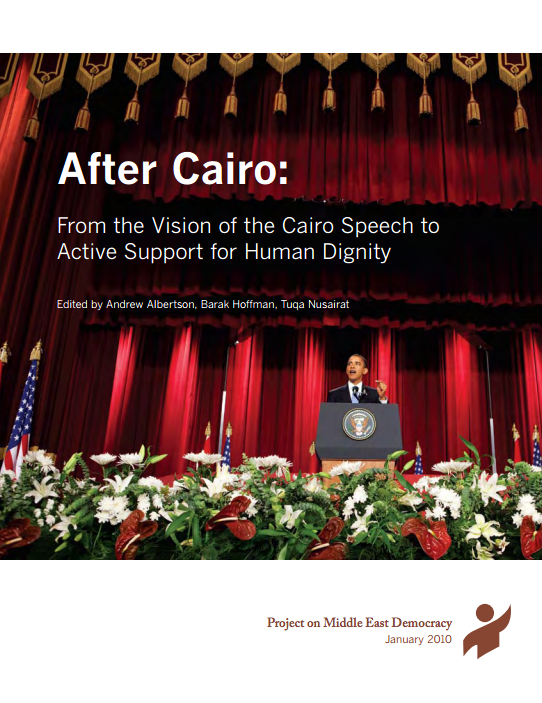 Engaging Middle Eastern youth will be critical to improving relations with the region. To solicit concrete recommendations on how the Obama administration can turn its ideas into substantive policies, we hosted a series of dialogues with young Arab and American leaders in Jordan, Egypt, and Lebanon in the fall of 2009.

The participants support the four human dignity themes President Obama raised in his Cairo speech in June 2009 and offer 56 recommendations for how the U.S. can positively impact those goals:

Public opinion polling demonstrates broad support in majority Muslim countries for the human dignity goals President Obama raised in his Cairo speech. However, substantive actions will be needed in order to shift perceptions of American policy, and the administration has yet to follow through on the vision of the Cairo speech. Post-Cairo initiatives have been limited, largely symbolic, and slow to emerge.