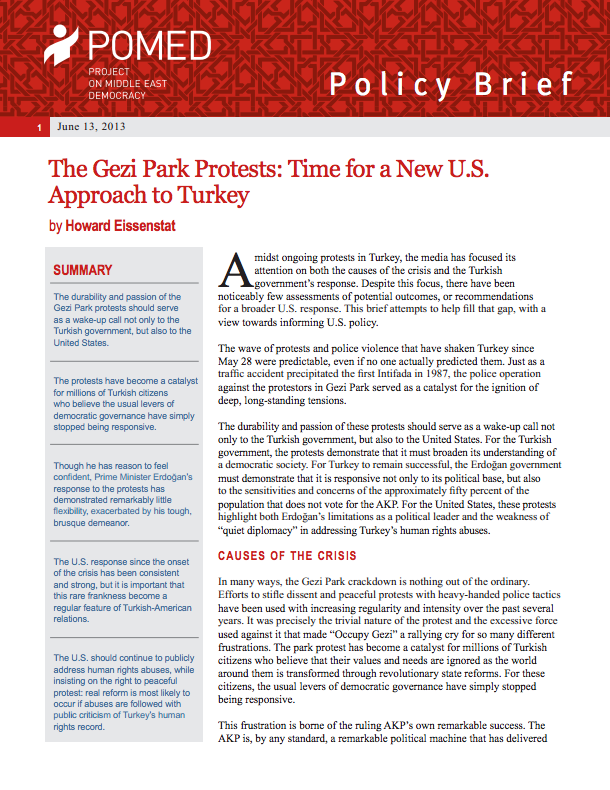 Amidst ongoing protests in Turkey, the media has focused its attention on both the causes of the crisis and the Turkish government’s response. Despite this focus, there have been noticeably few assessments of potential outcomes, or recommendations for a broader U.S. response. This brief attempts to help fill that gap, with a view towards informing U.S. policy. The wave of protests and police violence that have shaken Turkey since May 28 were predictable, even if no one actually predicted them. Just as a traffic accident precipitated the first Intifada in 1987, the police operation against the protestors in Gezi Park served as a catalyst for the ignition of deep, long-standing tensions.