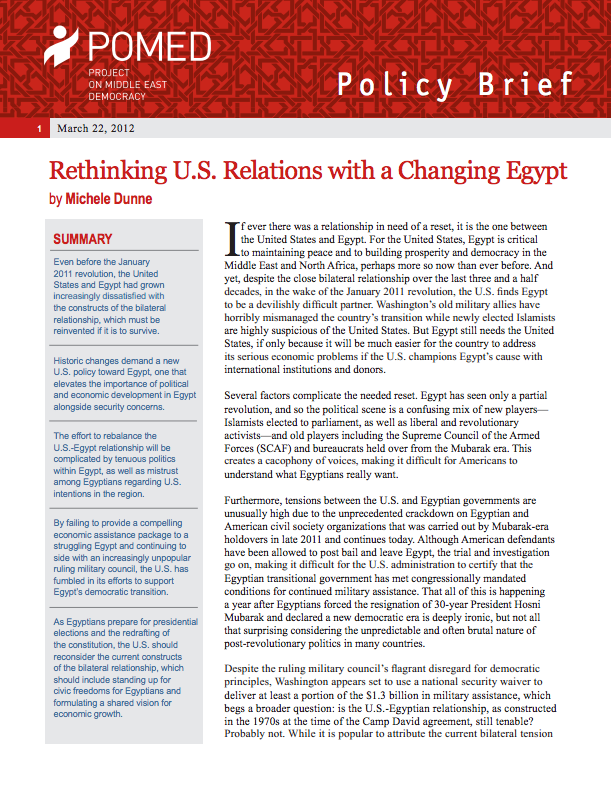 If ever there was a relationship in need of a reset, it is the one between the United States and Egypt. For the United States, Egypt is critical to maintaining peace and to building prosperity and democracy in the Middle East and North Africa, perhaps more so now than ever before. And yet, despite the close bilateral relationship over the last three and a half decades, in the wake of the January 2011 revolution, the U.S. finds Egypt to be a devilishly difficult partner. Washington’s old military allies have horribly mismanaged the country’s transition while newly elected Islamists are highly suspicious of the United States. But Egypt still needs the United States, if only because it will be much easier for the country to address its serious economic problems if the U.S. champions Egypt’s cause with international institutions and donors.