As part of its efforts to embrace multilateralism and promote human rights, the Obama administration joined the United Nations Human Rights Council in 2009. Much to the chagrin of conservative critics, the administration saw the value of engaging this admittedly imperfect body as a means to promote human rights and to strengthen the Council from within. Particularly in the Middle East and North Africa (MENA), where unilateral and inconsistent U.S. efforts at democracy promotion have been so controversial, this approach has allowed the United States to call attention to human rights abuses in partnership with other governments, complementing unilateral and bilateral efforts. 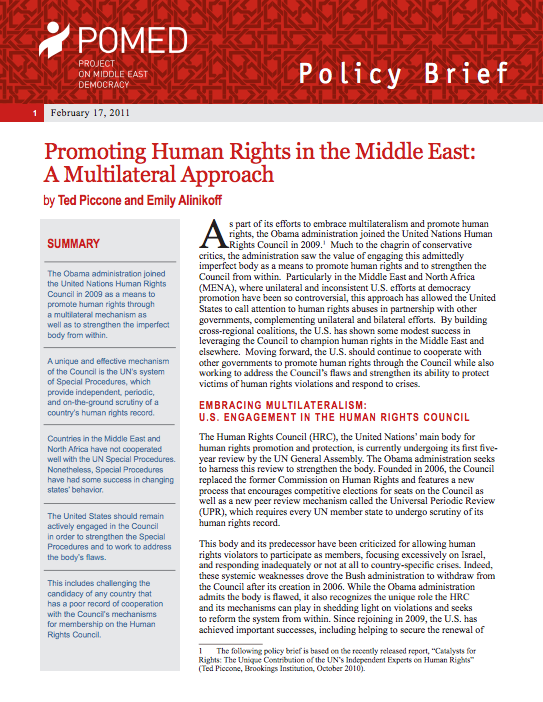 To strengthen the work of the Council and enhance the body’s ability to promote and protect human rights in the MENA region, the United States should: