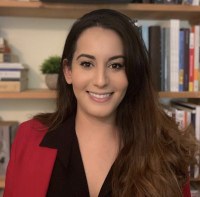 Another U.S.-Morocco bilateral meeting and the same tired language from the United States. At a Tuesday press conference in Rabat, Secretary of State Antony Blinken repeated the customary lines about “a deeply valued partnership” and King Mohammed VI’s “ambitious reform agenda.” It has been more than 22 years since the king ascended to the throne, yet the regime’s constant promises of reform have done little apart from obscure the kingdom’s increasingly authoritarian character. But Blinken’s laudatory remarks suggest that the Biden administration remains spellbound by an illusion that is no longer convincing to many either within or outside Morocco.

Today’s Morocco suffers despotism as severe as at any point in the country’s modern history. Void of any independent power, the government is led by one of the king’s closest friends, Aziz Akhannouch, who also happens to be one of Africa’s richest billionaires. The political opposition, meanwhile, has been paralyzed into subservience. The country’s last remaining independent newspaper was forced to shut down after its publisher and editor-in-chief were sentenced to prison following deeply flawed trials, leaving the media landscape dominated by state-sanctioned sites that specialize in defaming, harassing, and threatening critical voices. Freedom of assembly is only permitted when it is sponsored by the regime, whereas an independent gathering of a mere 20 protesters is met with the blows of police batons and swift arrests. Youth who dared to peacefully organize in the northern Rif region to call for better infrastructure, hospitals, and schools are now serving 20-year prison sentences.

The Biden administration’s rhetoric about Morocco is also divorced from reality when it comes to women’s rights. During a visit to Morocco just a few weeks ago that coincided with International Women’s Day, Deputy Secretary of State Wendy Sherman claimed that the kingdom has “made important strides in recent decades to support women’s rights.” Yet just two days later, the authorities sentenced 27-year old teacher Nezha Majdi to three months in prison for peacefully protesting and for alleging that police had sexually assaulted her and fellow teachers during the protests. On March 23, police summoned activist Saida El Alami for questioning over her online criticism of the security forces, after which they charged her with insulting public institutions and ordered her detained. In November 2021, authorities confiscated the computer and phone of labor and feminist activist Siman Tagrawlit before eventually arresting and charging her in what rights groups claim was retaliation for her work. Now-exiled journalist Hajar Raissouni, meanwhile, was subjected to a government-ordered gynecological examination without her consent and sentenced to a year in prison for allegedly undergoing an illegal abortion, an outrageous accusation that she flatly denied. And Moroccan authorities have disturbingly weaponized the #MeToo movement—which is supposed to address the all-too-real problem of sexual assault in the country—by making a spectacle of bringing trumped-up sexual assault and morality charges against inconveniently independent journalists.

For all the Biden administration’s willingness to look beyond Morocco’s deteriorating domestic circumstances, that does not mean it has gained a reliable ally. Recently, Morocco failed to join the three-quarters of United Nations member states—including the majority of countries in the Middle East and North Africa—who voted in favor of General Assembly resolutions condemning Russia’s invasion of Ukraine and the resultant dire humanitarian crisis. During the March 29 press conference alongside Blinken, Moroccan Foreign Minister Nasser Bourita was asked to explain his country’s ambivalent stance on Russia’s invasion. His immediate reaction was a hearty chuckle that left Blinken visibly perplexed. (The following day, Ukrainian President Volodymyr Zelenskyy recalled his ambassador from Morocco.) By toeing a neutral line in the face of Putin’s irrefutable aggression and brutality—and by not even abstaining from the United Nations resolutions but simply refusing to vote—Morocco came off as spineless, while turning its back on its strongest supporters, chiefly the United States.

It is time for the Biden administration to take off its rose-colored glasses when it comes to Morocco and speak honestly about the situation in the kingdom. Decades of dishonest claims about Morocco’s supposed progress on governance and human rights and steadfast partnership with the United States have failed to make them come true; maybe a dose of reality will do the trick. Ultimately, there is no preserving stability, security, and national interests with a country that wavers in its alliances and treats its own people with contempt.

Samia Errazzouki, a former Morocco-based journalist, is a PhD candidate in history at the University of California, Davis. She is a co-founder of Khmissa, a feminist Moroccan NGO. Samia is on Twitter @S_Errazzouki. 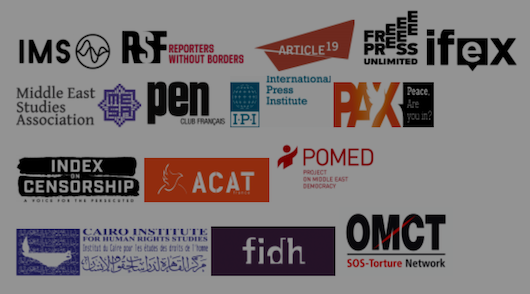