Iran’s New Majles Speaker: Out with the Old, In with the Hardline 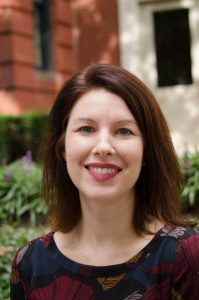 Iran’s eleventh Majles, or parliament, held its opening ceremony on May 27 amidst a new wave of COVID-19-related deaths, severe economic stagflation, ongoing tensions in the Gulf, and the shadow of a tainted February parliamentary election. In what one prominent Iranian official called an “engineered selection,” the Guardian Council, Iran’s election vetting authority, disqualified roughly 55 percent of the candidates—including 90 sitting MPs and most of the reformist and moderate candidates. The mass disqualifications, a reformist boycott of the vote, and an official turnout of 43 percent—the lowest in the history of the Islamic Republic—led to a landslide victory for conservatives.

As such, MP Ali Larijani’s announcement that he would not run for parliament after 12 years as Speaker paved the way for a hotly contested race among conservatives and hardliners for the coveted, influential position. Today, May 28, conservative Mohammad Baqer Qalibaf—the former mayor of Tehran, former chief of police, and three-time presidential candidate—rose to the top of the pile for the new speaker. He won 230 of the 264 votes cast, beating out Ahmadinejad-ally and former head of Iran’s Atomic Energy Organization Fereydoun Abbasi-Davani and the ultra-conservative former culture minister Mostafa Mir-Salim. Qalibaf, a technocratic conservative, ran for parliament on the Coalition Council of Islamic Revolution Forces list, winning Tehran’s top seat.

Qalibaf’s victory is a boon for the Islamic Revolutionary Guard Corps (IRGC). He has had a long career in the IRGC, including as head of the IRGC-controlled construction conglomerate Khatam al-Anbia and as commander of the IRGC Air Force, stoking fears that the Revolutionary Guards will extend even greater influence over the parliament. An early May proposal to extend election vetting authority to the IRGC was voted down by the outgoing parliament but will be more likely to pass in the newly elected legislative body.

Qalibaf has been highly critical of President Hassan Rouhani, especially of his inability to deliver the economic benefits Iran expected to receive from the nuclear accord with the P5+1. He has intimated that the economy will be the new Majles’s priority. As speaker, Qalibaf becomes a member of the Supreme National Security Council and also will chair, along with the president and the head of the judiciary, the Supreme Economic Coordination Council (SECC), an “economic war room” formed in response to the U.S. “maximum pressure” campaign.

Up until now, President Rouhani has largely enjoyed the backing of outgoing speaker Larijani and a Majles dominated by moderates and reformists. As the eleventh parliament begins, though, his administration is bracing for stronger opposition from conservatives. Even as Rouhani tweeted about “reaching out to the new Majles for friendship,” his chief of staff warned the new parliamentarians not to interfere in the administration’s affairs. As Rouhani begins the final year of his term, the newly elected Majles is sure to be less accommodating of his agenda and far more likely to close the window on even limited engagement with the United States, particularly with Qalibaf at the helm.

April Brady is POMED’s Communications Director. She holds a Master’s degree from the Institute for Iranian Studies at the University of St. Andrews. Find her on Twitter @april_brady.