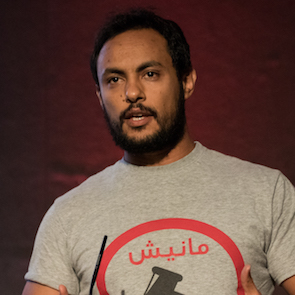 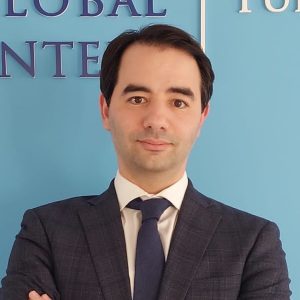 Well-known Tunisian journalist, blogger, and activist Lina Ben Mhenni passed away on January 27 from lupus at the tragically young age of 36. During the Ben Ali dictatorship Lina started a blog, A Tunisian Girl, on which she bravely wrote in her own name about the regime’s abuses. Lina was the first blogger to visit Sidi Bouzid, the interior city where the Tunisian revolution started in December 2010, and her coverage of the protests and the regime’s violent response drew crucial attention to the momentous events that were unfolding. After the revolution—a remarkable change that she played a key role in helping to bring about—Lina continued to work on behalf of rights, freedoms, and democracy in the new Tunisia.

In remembrance of this courageous and influential woman, POMED invited three of Lina Ben Mhenni’s Tunisian contemporaries—also her friends—to share their thoughts. POMED extends our deepest condolences to Lina’s family and her colleagues and friends.

Lina was one of the main bloggers against internet censorship under the Ben Ali regime. She was among the very first to document his regime’s brutality against the protesters in December 2010-January 2011.

After the revolution, she continued leading social initiatives, including gathering 45,000 books for prison libraries and helping to find medicine for sick prisoners.

Tunisian activist and the founder of IWatch, the anti-corruption watchdog organization founded after the 2011 revolution

Lina was extremely brave, confronting dictatorship when most of us were silent and afraid. She battled with her illness, and for human rights. She kept fighting this dual battle until the end.

Lina is a model for activists in Tunisia, the region, and beyond.

Lina was one of the bravest and freest women I have ever met. To me, she was our Tunisian David and for years she fought the Goliath of Ben Ali’s dictatorship.

Everyone in Tunisia knows Lina’s bravery and her indefatigable fight for justice and human rights.

These past years and at the height of her illness, she kept joining marches and street protests, giving voice to the voiceless and bringing attention to the causes she cared most about: defending the principles of the revolution, continuing the transition from dictatorship and establishing a fair democracy in Tunisia.

Until her last breath a few hours before she passed, Lina stayed true to herself with her strong inner compass, denouncing violence in the public sphere of the parliament, calling out behaviors that remind us of the dictatorship era.

The first time I met Lina was after 2011. She was accompanied by a plainclothes policeman in charge of her personal protection. Because of her progressive positions, she had received death threats and wasn’t allowed to leave her apartment without informing the Ministry of Interior. What a twist of fate: during dictatorship times she was surveilled by the police for she was considered a threat to the regime. We had to laugh about it, and her unenviable situation was undeniably proof that Tunisia had gone through a revolution.

Lina was genuine, blunt, kind, generous, joyous, always in for a good party, always in to shelter a street dog or a street cat. I will remember her as the sweet and caring friend she was.

But today, together with thousands of Tunisians, I will attend her national funeral and I will mourn our freedom icon Lina Ben Mhenni.

May she rest in peace.

CEO and Founder of the NGO Mobdi’un Creative Youth