Fact Sheet – What Does an Annual $1.3 Billion in Military Assistance to Egypt Buy American Taxpayers?

Last week, the U.S. House of Representatives passed its foreign affairs appropriations bill for Fiscal Year 2021, which includes $1.3 billion in foreign military financing to Egypt, the same level of funding it has received since 1987. Two newly updated POMED fact sheets illustrate the complicated military assistance relationship between the United States and Egypt.

The fact sheet “What Does an Annual $1.3 Billion in Military Assistance to Egypt Buy American Taxpayers?” demonstrates how the Egyptian government, despite receiving $1.3 billion in military assistance annually from the United States, conducts itself in ways that are contrary to U.S. interests and values, from detaining American citizens on politicized charges and discriminating against Egyptian Christians to cooperating with North Korea and purchasing military equipment from Russia.

This fact sheet is also available in a PDF version. 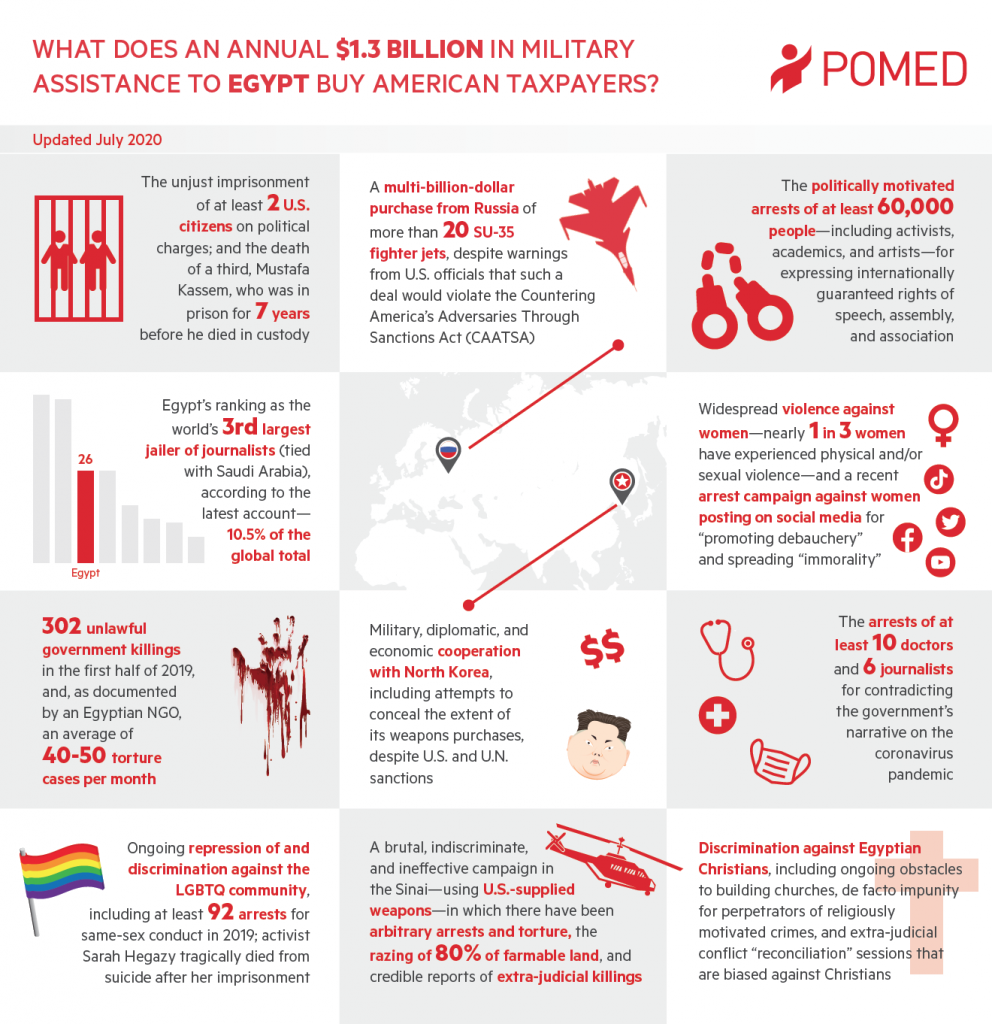