Last week, the U.S. House of Representatives passed its foreign affairs appropriations bill for Fiscal Year 2021, which includes $1.3 billion in foreign military financing to Egypt, the same level of funding it has received since 1987. Two newly updated POMED fact sheets illustrate the complicated military assistance relationship between the United States and Egypt.

Below, the fact sheet “U.S. Military Assistance to Egypt: Separating Fact from Fiction” addresses common misconceptions about U.S. military aid to Egypt and shows how the United States does not receive an adequate return on investment.

“Despite seeking drastic cuts to U.S. foreign assistance, the Trump administration has continued to request $1.3 billion in military aid for Egypt,” says POMED’s Deputy Director for Policy Andrew Miller. “At a time of heightened pressure on the U.S. federal budget, it is all the more important to understand the real return on the major investment the United States is making in the Egyptian military.”

This fact sheet is also available in a PDF version.

Find the second fact sheet, “What Does An Annual $1.3 Billion in Military Assistance to Egypt Buy American Taxpayers?” here. 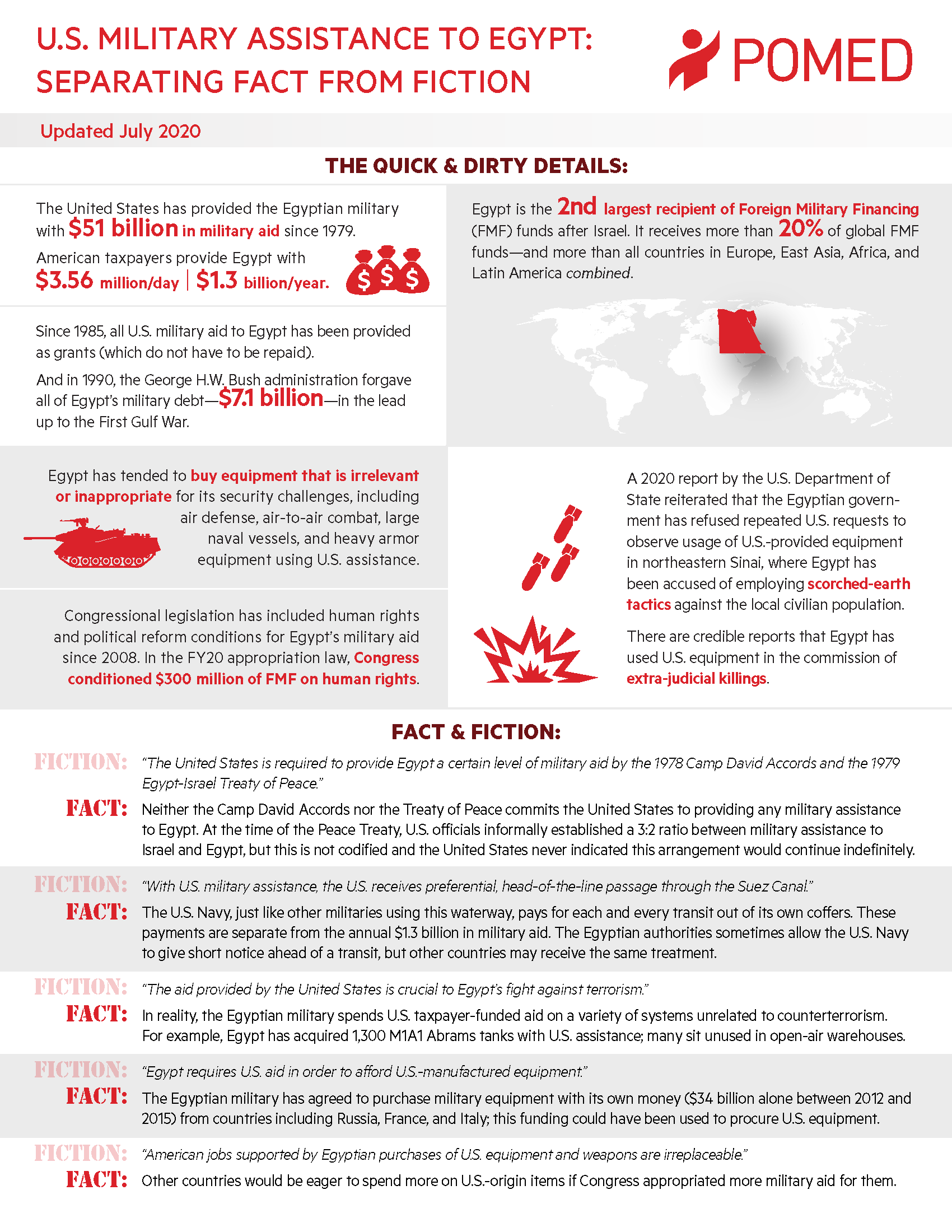