President Abdel Fattah al-Sisi plans to meet with U.S. President Donald Trump in the White House on April 9, 2019, the Egyptian strongman’s second Oval Office visit in two years. Al-Sisi is likely seeking Trump’s endorsement of troubling constitutional amendments that would tighten his grip on power, expand the role of the military in Egypt’s political system, and move Egypt toward a personalist dictatorship under his control.

*This fact sheet has been updated from its original version to reflect the finalized text of the amendments. 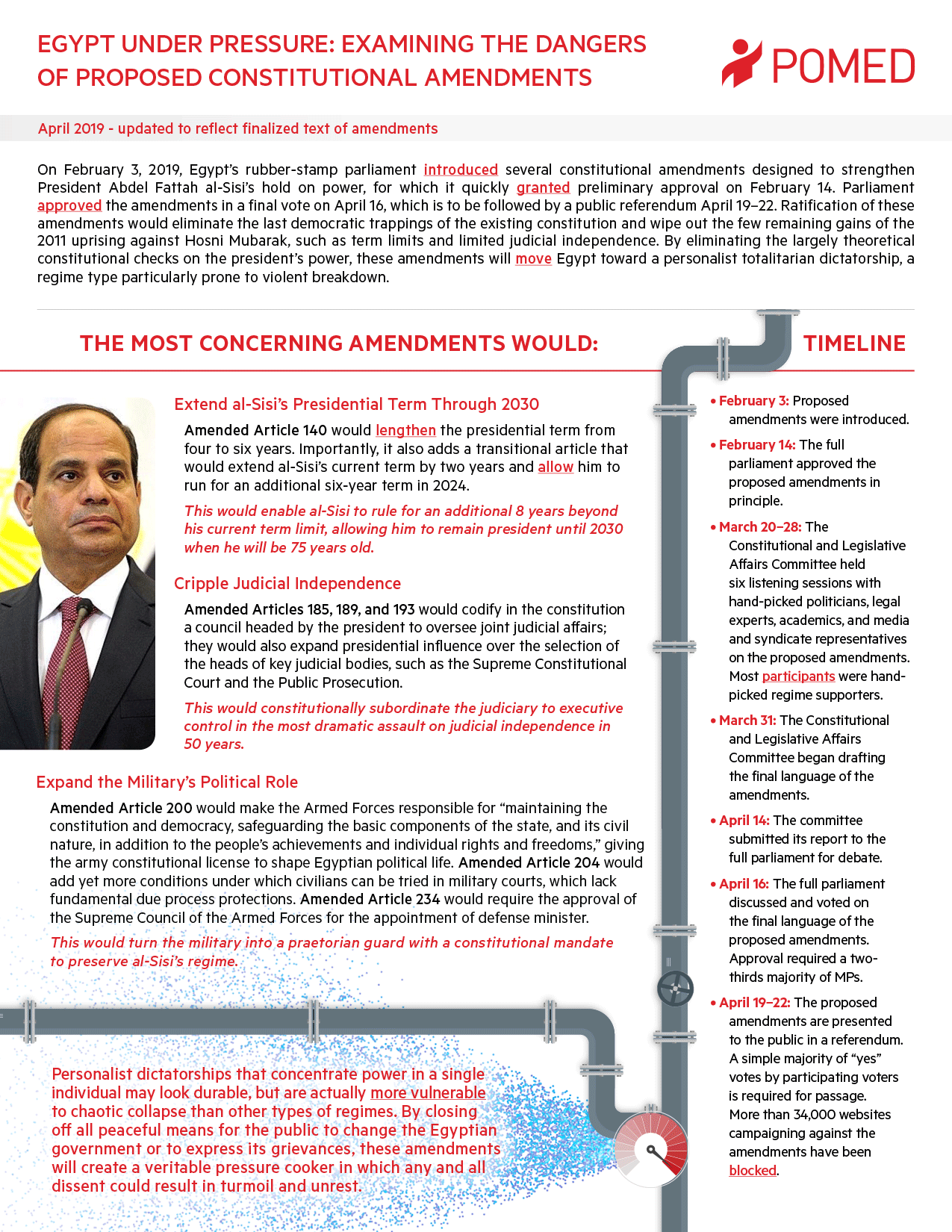