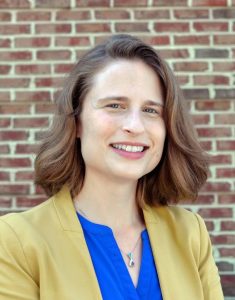 With the Biden administration’s newly released National Security Strategy (NSS) and fresh eyes on the U.S. relationship with Saudi Arabia, observers might expect a confident reimagining of U.S. foreign policy in the Middle East. As a White House insider at the ground floor of both the 2017 and 2022 NSS documents, I see instead a continued unwillingness to reimagine regional relationships dominated by security and energy concerns.

While this NSS is brand new, much of the logic is old hat: countering the autocracy of our rivals requires tolerating it in our Middle Eastern partners. And yet, recent actions by Saudi Arabia make clear that these partners will work with any country that advances their interests and continued grip on power, even if it means hurtling the United States towards a global recession and enabling Russian war crimes in Ukraine.

The NSS only reiterates what the Biden administration has telegraphed for over a year: the “competition between autocracies and democracies” is, in fact, an exercise in countering China and Russia through strengthened alliances with democracies.

But China and Russia are not the only governments exporting autocracy or driving more than 15 years of global democratic decline. Countering their destabilizing influence is necessary but not sufficient for advancing and protecting democracy, both globally and in the Middle East.

Saudi Arabia and the United Arab Emirates (UAE), for example, are the leading wielders and exporters of digital authoritarianism in the Middle East, collaborating with China, Russia and Israel to access surveillance tools such as NSO Group’s Pegasus spyware to target people and governments across the globe.

Since evidence shows that democracies are more reliable, peaceful and prosperous partners than autocracies, it’s high time for the Biden administration to treat democracy and human rights in the Middle East as vital national security interests essential for the region’s stability and security, not threats to them.

The NSS rightly decries the United States’s “unrealistic faith in force and regime change” in the region, but disingenuously implies that the defense of democracy and human rights equates to regime change. Surely the United States can find new ways — other than military force or indulging autocracies that imprison and murder U.S. citizens and residents — to support the majority across the Arab world who believe that democracy is the best system of governance.

Conveniently for the United States, the desire of people across the Middle East to govern themselves with freedom and dignity aligns with U.S. national security interests. With irreversible climate change, the eventual exhaustion of oil resources, and protracted conflict leading to inevitable geopolitical shifts in the region, the reliability of U.S. security and economic relationships is not assured.

The deepening autocracy of many of these partners will only harm the United States — partners rarely become more reliable the more authoritarian they become.

What can be done? Most importantly, the administration should attach more stringent human rights and anti-corruption conditions to security assistance and arms sales, which are often the strongest forms of leverage with authoritarian regimes. With this assistance oftentimes fueling rather than resolving conflict and enabling human rights abuses, conditionality is key.

Political realists have argued that these tactics don’t change behavior, but U.S. administrations have never committed to more than a brief trial period with their partners. There is also little evidence that giving arms incentives with no strings attached results in more consistent and measurable security benefits or advances core U.S. interests.

The Biden administration has taken small but significant steps, for example, by withholding some military aid from Egypt for two years in a row because of Egypt’s human rights record. But we should do more.

That said, rebalancing of security relationships cannot exist without a true reckoning of how corruption directly fuels instability. The administration should broaden the implementation of its Strategy on Countering Corruption to move beyond a focus on Russia and China, to devise clear consequences for the kleptocracy fueled by U.S. partners in the Middle East.

The UAE, for example, takes top honors as one of the world’s leading money launderers, feeding the destabilizing behavior of Iran’s Islamic Revolutionary Guard Corps, enabling Russian autocrats to evade sanctions over the war in Ukraine, and being “grey listed” by the Financial Action Task Force for enabling foreign terrorist financing.

Finally, U.S. policy toward the region would benefit from focusing more on the lives of the people in the region.

Just take a look at the Egyptian regime’s choking of civic space before and during the U.N. Climate Change Conference (COP27) in Sharm El Sheikh this week. There can be no effective climate action without the critical voices of civil society.

Yet, one of the most repressive governments on earth is turning the screws even tighter, refusing to release activist Alaa Abdel Fattah despite international demands, surveilling and arresting activists, curtailing the ability of environmental groups to conduct independent research, and living up to its reputation as one of the world’s largest prisons for journalists.

The next COP will be hosted by the UAE in 2023. The Biden administration should recognize that U.S. climate change, human rights, economic and security interests across the region are inextricably tied together, and urge participating governments to adopt climate change commitments that include respect for human rights, principles of non-discrimination and meaningful public participation.

As the Biden administration formulates strategies to counter China’s and Russia’s authoritarian influence and rewriting of global norms, it must not exempt its Middle Eastern partners from a similar reckoning. If the United States wants democracy to prevail over autocracy, it must seize on inflection points where democratic change is possible and compel partner nations to change.

This piece was originally published by The Hill on November 11, 2022.

Tess McEnery is executive director of the Project on Middle East Democracy (POMED). Over 15 years in the U.S. government, she was twice director for democracy and human rights at the National Security Council and served in senior positions at USAID and the Department of State.