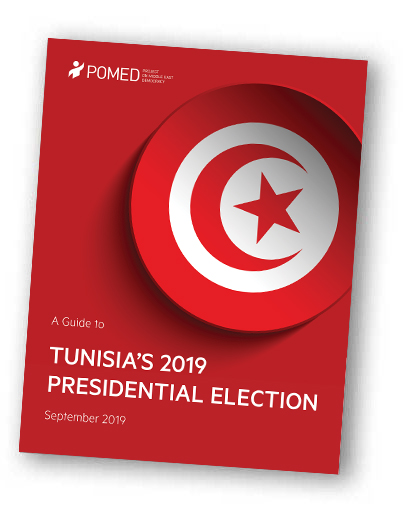 On September 15, Tunisians will cast ballots in their country’s second free and democratic presidential election since the 2011 revolution. The highly competitive race features 26 ideologically diverse candidates vying to succeed President Beji Caid Essebsi, who died in July at age 92, a few months before his five-year term was set to end. Against a backdrop of widespread economic and political frustration among voters, and with no clear frontrunner, the upcoming contest is likely to shake up the status quo and realign Tunisia’s political landscape.

With campaigning now underway, and in advance of the September 7-9 presidential debates—the country’s first—POMED is pleased to publish “A Guide to Tunisia’s 2019 Presidential Election.” The guide, written by POMED staff, discusses the political context for the presidential contest, outlines the electoral process, and highlights 12 of the leading candidates.