Andrew Albertson is the Executive Director of newly founded Foreign Policy for America. Prior to this he worked as a Management Associate at Creative Associates, where he supported the MEPI-funded Community Driven Grants Program in Libya, among other projects. He was the founding executive director of the Project on Middle East Democracy (POMED), serving from 2007 to 2010. Prior to that, he was a congressional fellow in the office of Congressman Steve Israel and directed the fellows program at the Truman National Security Project. Originally from Cincinnati, Albertson attended Taylor University in Indiana. He received an MSFS degree from the Walsh School of Foreign Service at Georgetown University, where he was the Huffington Fellow at Georgetown’s Institute for the Study of Diplomacy. 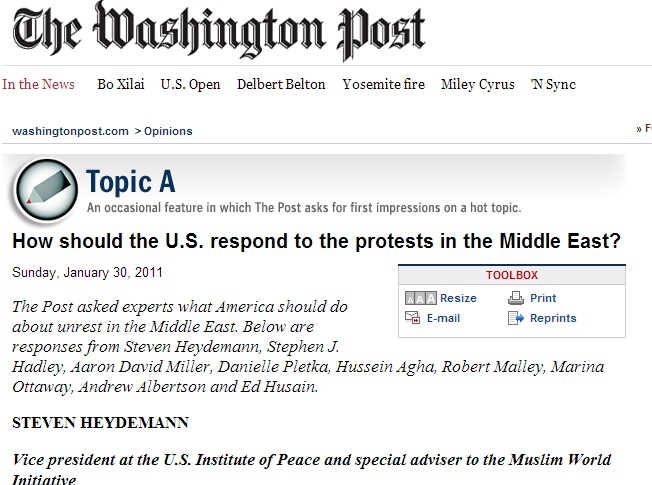 How should the U.S. respond to the protests in the Middle East? by Andrew Albertson 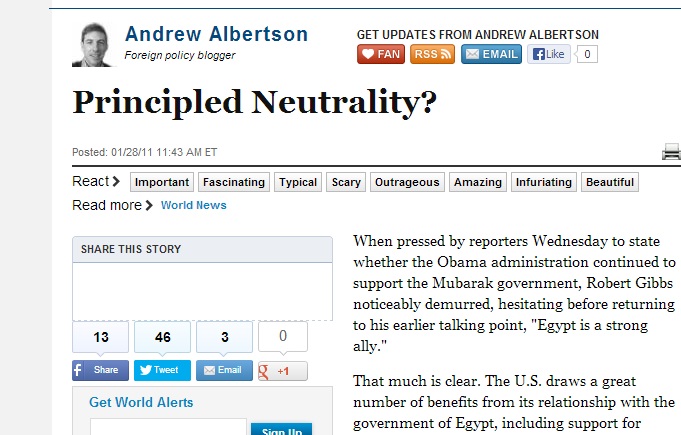 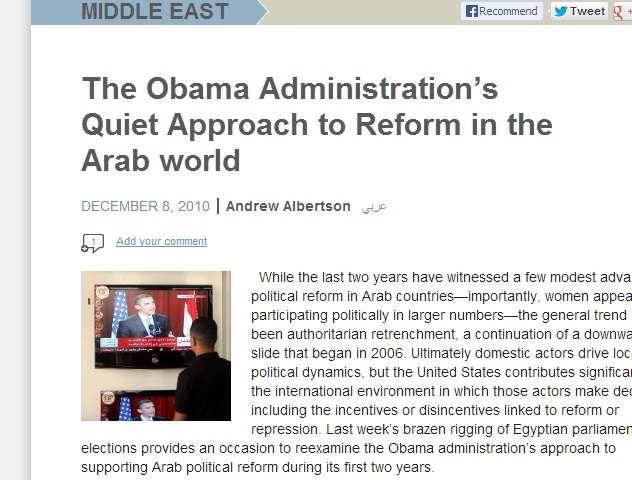