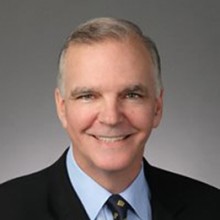 Amid a turbulent yet inspiring year of historic changes in the Middle East and North Africa, it is important to consider opportunities for U.S. democracy assistance in the region. The federal government’s role in providing assistance to governments and civil society organizations is hotly contested in policy and academic circles. Thus, it is fitting that the college debate community will consider U.S. democracy assistance to the region during its 2011-2012 season.

The Project on Middle East Democracy (POMED) and the Georgetown debate team are pleased to co-host an event to examine this year’s national college debate topic:

Resolved: The United States Federal Government should substantially increase its democracy assistance for one or more of the following: Bahrain, Egypt, Libya, Syria, Tunisia, and Yemen.

What is the state of past and current democracy-related programming in each of these countries? What are specific successes and challenges in assistance work, and what are the goals? What tools are at the Obama administration’s disposal in each of these states? Moving forward, what opportunities are there for providing democracy assistance to actors in these states, and what might be the most effective tools?

Campbell began by noting that with regards to democracy assistance, Yemen and Bahrain occupy “opposite ends of the spectrum.” He also elucidated the differences between Overseas Development Assistance (ODA), which is usually administrated by USAID, and Economic Support Funds (ESF), which are often controlled by the State Department. Unlike Yemen, Bahrain does not receive ODA, but funds its own development programs. Meanwhile, Yemen’s democracy assistance has been inextricably linked to its development assistance. Although the goal of democracy assistance to Yemen was never to precipitate regime change, Campbell said that “one of the success stories” of the Yemeni case was that democracy assistance programs helped secular and Islamist opposition groups to “form a common cause” for “civil rights” and “basic freedoms” despite ideology. Thus, long before the Arab Spring began, democracy assistance in Yemen lent civil society knowledge about “freedom of association” and “electoral reform.”

Although Bahrain does not receive development assistance, it does receive ESF from the State Department’s Middle East Partnership Initiative (MEPI). Campbell mentioned a tension that exists in that Bahrain is a U.S.-ally, yet the U.S. supports political and civil societies in Bahrain which challenge the regime. “Enthusiasm for democracy assistance [in Bahrain] waned,” Campbell added, as in practice, Bahrainis used it to “hold the government accountable.” Meanwhile, this enthusiasm never waned in Yemen. He concluded his remarks by noting that in light of the Arab Spring, the need for democracy assistance will increase.

Kubba outlined some of the general concerns with the issue of democracy assistance in the Middle East and North Africa. A primary and persistent problem is the balance between U.S. interests in the region and its promotion of democracy and human rights. Kubba also discussed the historical waves of U.S. democracy assistance in the region, noting that after the fall of the Soviet Union, local groups began to request help to develop democracies. In 2001, there was a “much bigger realization” that “something was fundamentally wrong,” and the U.S. could no longer afford to avoid “rocking the boat.” As a result, the region saw another expansion of U.S. democracy assistance. Amid the uprisings of the Arab Spring, policy makers are asking the question of whether the U.S. should once again increase its democracy assistance to the region. While opponents may question the effectiveness of these programs, Kubba asserted that arguments against aid are “dangerous,” and that it is “critical that assistance is provided.” For instance, critics point to the exploitation of democracy assistance funds by corrupt figures in the Mubarak regime. The lesson to be gleaned, Kubba argued, is not that aid should be eliminated, but that it should be altered or shifted to better serve its purpose. With regards to Libya, Kubba stated that there is no doubt that Libya “needs assistance,” as decades of Gadhafi’s rule the country devoid of civil society.

Addressing common critiques of democracy assistance to the Middle East and North Africa, Kubba mentioned the question of culture: “What about Islam?” He answered that when we talk about building a democracy, “there are limited things necessary and desired regardless of culture,” including “rule of law, a system to elect accountable officials, independent media,” etc. Despite cultural nuances in different locales, democracy assistance programs can “bring best practices” for adoption by local groups. Indeed, he added, “there is a real need” for these programs, as “all rulers in the Middle East would not like for intervention” to occur, as “no ruler will like” being held accountable. “There will always be arguments about sovereignty,” he continued, but the uprisings of the Arab Spring solidified the notion that assistance, despite its shortcomings, “is absolutely needed.”

McInerney stated that while prior to 2001, there was “very little democracy assistance to the Middle East […], the needs of democracy assistance changed with the Arab Spring.” Tunisia is a unique case in that it does not receive economic aid and is considered economically developed. Furthermore, Tunisia did not receive any democracy or development aid until 2011, when “the U.S. tried to respond to the Arab Spring by shifting funds to Tunisia,” with MEPI allocating $20 million to support Tunisia’s transition. In the current budget climate, the administration “had to be creative to get funds for Tunisia.” So, through five accounts including MEPI and USAID’s Office of Transition Initiative, the U.S. pledged $55 million in non-security aid, the bulk of which “is for democracy and governance” assistance. In the run-up to Tunisia’s first elections, there is “real eagerness from groups in Tunisia to receive support” like training on how to campaign as well as calls for independent election monitoring. McInerney added that “Tunisia is one of the best cases for the argument to provide assistance.”

Meanwhile, Syria presents a different case for democracy assistance since Syria is not a U.S. ally. Thus, most efforts to support democratic actors have remained outside Syria’s “closed” and “volatile environment.” McInerney noted that “with the violence this year, most assistance programs have been suspended” and that “if the Assad regime were to be ousted, there would be a very welcoming reaction to providing U.S. democracy assistance.”

Paul began the question and answer session by asking about the Bahraini government’s backlash against protesters, noting that the regime is very stable and that the U.S. has yet to “push” the regime. He inquired as to whether there is a role for the U.S. in Bahrain. Campbell responded by stating that although the regime may be stable, it is a “false stability” that can only be temporary. The U.S. can help to foster sustainable stability in Bahrain by supporting efforts to create a fair representative political system.

McInerney spoke about budget concerns, saying that in 2011 the administration cut international affairs funding in all regions except the Middle East and North Africa. Campbell also added that local opposition to democracy assistance is usually politically motivated. Finally, McInerney predicted that over the next few years, democracy assistance to the region will increase.