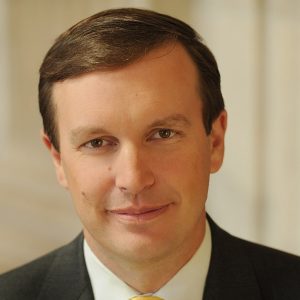 Click here to read the report that was the subject of this event.

For the fourth consecutive year, the Trump administration has proposed wide-ranging cuts to foreign assistance and funding for democracy and governance programs abroad, in particular. While Congress is once again poised to reject the administration’s budget request, President Trump’s continuing efforts to slash foreign aid take on new significance as governments all over the world struggle to contain the COVID-19 pandemic. What does the president’s budget tell us about the administration’s priorities for and approach to the Middle East and North Africa (MENA)? What could be the impact of President Trump’s proposed changes and cuts to foreign aid on U.S. policy toward the region and on human rights and democratic reform there? What does COVID-19 mean for U.S. foreign assistance in MENA?

We are pleased to invite you to the virtual launch event for a new report from lead author Andrew Miller and the Project on Middle East Democracy (POMED), “President Trump’s FY21 Budget: Examining U.S. Assistance to the Middle East and North Africa in the Shadow of COVID-19.” The annual report is a comprehensive analysis of current and proposed new U.S. foreign aid for the MENA region, with a focus on democracy and governance assistance.

CHRIS MURPHY is a United States Senator for Connecticut. Senator Murphy has been a strong voice in the Senate fighting for affordable health care, sensible gun laws, and a forward-looking foreign policy. As a member of the Foreign Relations Committee, he has been an outspoken proponent of diplomacy, international human rights, and the need for clear-eyed American leadership abroad. Murphy currently serves as the Ranking Member on the Subcommittee on Near East, South Asia, Central Asia, and Counterterrorism.

MICHELE DUNNE directs the Middle East Program at the Carnegie Endowment for International Peace in Washington DC, where her work focuses on political and economic change in Arab countries as well as U.S. policies in the region. A former U.S. Department of State official, her assignments included the National Security Council staff, U.S. Embassy Cairo, U.S. Consulate General in Jerusalem, and the Secretary of State’s Policy Planning Staff.

ANDREW MILLER is POMED’s Deputy Director for Policy. From 2014 to 2017, Andrew served as the Director for Egypt and Israel Military Issues on the National Security Council (NSC), where he was deeply involved in the Obama Administration’s efforts to modernize U.S. military assistance to Egypt and participated as a member of the U.S. delegation that negotiated a new 10-year Memorandum of Understanding on security assistance to Israel.

KORI SCHAKE leads the foreign and defense policy team at the American Enterprise Institute. She is the author of Safe Passage: the Transition from British to American Hegemony, and edited with Jim Mattis Warriors and Citizens: American Views of Our Military. She has worked in the Pentagon, State Department and NSC staffs, and taught at Stanford University, the U.S. Military Academy, the Johns Hopkins School of Advanced International Studies, and the University of Maryland.

NAHAL TOOSI covers foreign policy and national security for POLITICO. Her work has taken her from the halls of the U.S. State Department to refugee camps in Asia. In 2019, Toosi was a finalist for the National Magazine Award in reporting for her story on the plight of Rohingya Muslims in Bangladesh and Myanmar. Toosi joined POLITICO from the Associated Press, where she reported from and/or served as an editor in New York, Islamabad, Kabul, and London. She was one of the first foreign correspondents to reach Abbottabad, Pakistan, after the killing of Osama bin Laden. Prior to joining the AP, Toosi worked for the Milwaukee Journal Sentinel, where she mostly covered higher education but also managed to report from Iraq during the U.S. invasion in 2003, as well as from Egypt, Thailand, South Korea, and Germany.