Human Rights in the Arab Region in 2008: A Report from the Cairo Institute for Human Rights Studies 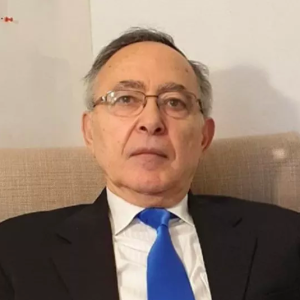 Presented by the Project on Middle East Democracy, Open Society Institute, and the Democracy Coalition Project

On February 6, the Project on Middle East Democracy, the Open Society Institute, and the Democracy Coalition Project hosted an event  marking the release of the English newly released report from the Cairo Institute for Human Rights Studies, From Exporting Terrorism to Exporting Repression: Human Rights in the Arab Region. The presentation of the report included contributions from Bahey eldin Hassan, General Director of The Cairo Institute for Human Rights Studies (CIHRS) and Radwan Ziadeh, a visiting scholar at the Carr Center for Human Rights at Harvard University as well as the director of the Damascus Center for Human Rights Studies. Michele Dunne, Senior Associate at the Carnegie Endowment for International Peace, provided commentary and participated in the ensuing discussion. The event was moderated byAndrew Albertson, Executive Director of the Project on Middle East Democracy.

In his concluding remarks, Hassan explained that the deterioration of human rights in the Arab world is caused by the lack of political will and that reform is facing a potential dead end. According to Hassan, “liberators have been transformed into violators.” As a result, resistance has been activated by new opposition actors such as social protest movements, bloggers, youth groups, independent media and minority rights groups. The result of their pressure is a new focus of human rights violators on the very groups who aim to halt their repressive practices. As a result of these dynamics, the prospects are grim in the short run. For improvements to occur in the long run, a growth in political will must occur.

Michele Dunne provided insightful comments on the presentation as well as the report in general. She began by sharing a lesson she’d learned while at the State Department, that facts are often unimpeachable. CIHRS’s use of such facts provides defense for those who would attack it on a normative claim. She also applauded reports which come from within the region, particularly one that elicits the help of so many human rights organizations throughout the Arab world. The report points out the connection between human rights and political change. In fact, many times, the void of sound political actors is filled by human rights activists, which makes reports like CIHRS’s so important.

Dunne also expressed her disappointment with President Obama and Secretary Clinton’s unwillingness in their public remarks to directly address issues of global human rights. While they have focused on the need for the U.S. to adhere more rigidly to human rights conventions, there is an urgent need for them to take principled stands against specific human rights violations occurring throughout the world. Dunne began the discussion portion of the program by posing a question to Mr. Hassan, asking how democracy promotion and human rights promotion can best interact.

Hassan then discussed the differences between President Bush’s approach and the one currently being formulated and pursued by President Obama. He expressed his belief that the tone has been completely different under President Obama, whose Al-Arabiya interview and pledge to close Guantanamo have resonated positively in the region. President Bush’s democracy agenda was not successful and should not be repeated, in Hassan’s opinion. Instead, President Obama should focus on promoting human rights in countries, as President Bush proved that promoting democracy void of a focus on human rights is not a fruitful strategy. Hassan believes a more comprehensive approach will be more productive.

Throughout the remainder of the discussion, many questions focused on the effect of U.S. engagement with states or issues in the region on human rights. All three experts articulated that in their engagements, whether they be with Syria, Israel, Egypt or other Middle East states, U.S. policymakers must never leave human rights off the agenda.