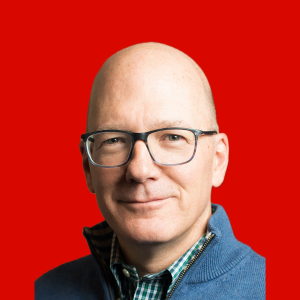 The Project on Middle East Democracy and the Heinrich Böll Foundation co-hosted an event on Capitol Hill to mark the release of a new publication, The Federal Budget and Appropriations for Fiscal Year 2011: Democracy, Governance, and Human Rights in the Middle East. What are the most significant changes in these portions of the budget request, as compared with the appropriations made in previous years? How does the budget impact U.S. efforts to support democracy in the Middle East and North Africa?

Click here for POMED’s notes in PDF, or continue reading below.

Michele Dunne opened by praising Stephen McInerney for his work in producing a “very satisfying document,” one which reflects the true understanding that democracy promotion is not only about the money, but about how these programs interact and whether they reinforce or contradict each other. The report, Dunne said, does a tremendous job interpreting “the signal that the U.S. is sending to people in the Middle East – to reformers, oppositionists, young people – about where the U.S. stands in terms of democracy and human rights.”

Dunne then handed off to McInerney, who detailed particular points interest or significance within the report, and delineated a few conclusions derived from the administration’s FY11 budget request. A thorough summary of these findings can be found here.

Next, Geneive Abdo spoke about the broader issue of civil society programming through the lens of funding directed toward Iran. She observed that the “tension in the Obama administration is to not destroy relationships with regimes while also supporting democracy – this tension is most acute as it regards Iran.” Obama’s early overtures toward Iran created a lot of confusion internally. The government didn’t know how to respond to the way that the U.S. attempted to reconfigure the relationship: downplaying the commitment toward civil society, and thereby downplaying the democracy promotion component of U.S. policy that was so prominent under President Bush.

More specifically, Abdo referenced the Near East Regional Democracy (NERD) program, which addresses the issue of Internet freedom in Iran, among other countries. She highlighted one particularly poignant line in the report – which emphasizes that the decision by the Obama administration not to specifically earmark funding for Iran has some advantages, as it allows the administration flexibility to adapt to changes on the ground in Iran – to argue that the NERD program has enabled the administration to fund what it deems to be more effective. Because the regime invests vast amounts of money to severely limit online access, NERD is a very smart effort by the administration to address very specific civil society issues without bringing on the “same sort of baggage” as democracy promotion policies. Abdo believes that there is a real practical application about how the NERD funding can be used.

Shifting the discussion to the relationship between budget and policy priorities, Scott Carpenter contended that it’s still unclear to determine how strongly the administration prioritizes democracy funding relative to other forms of aid. Like the other panelists, he was rather concerned with the drastic reductions in democracy assistance funding to Egypt from FY 2006 to FY 2011 (specifically between FY08 and FY09). And even for countries with increased assistance, Carpenter worried that the nature of the bilateral assistance – specifically that it must be coordinated with internal ministries of social cooperation – might dilute some of the power of civil society and democracy programming. “It’s important to consider how those relationships are being structured,” he said, “to make sure that how the money is being used isn’t working against either our interest or their interest.”

Programs matter, Carpenter said, only to the extent that they are in support of policy – and policy needs to be directed toward expanding/enabling those programs to have an impact. “So they need to work hand in hand. Simply saying that you’re going to spend money on something, and are therefore making it a priority… I disagree with that assessment to some extent.”

He then highlighted five points that either pleased or startled him:

Next Dunne asked McInerney about the Obama administration’s shift toward giving governance assistance as opposed to civil society or political competition assistance. McInerney responded that this shift has somewhat been reversed in FY11, but not enough to nullify the larger reallocation one year ago. He thinks that it’s not entirely a conscious effort by the administration to prioritize governance aid over other programs, but this FY11 request “doesn’t do enough to dispel some of those concerns.” He also acknowledged a comment from a USAID representative who defended the cuts in civil society funding for Egypt as simply the result of much broad cuts in all economic aid to Egypt from FY08 to FY09. McInerney explained that, while accurate, this assessment doesn’t account for the Bush administration’s programmatic plan in 2009 that sought to preserve democracy and civil society funding disproportionately over other programs that were to be cut. The Obama administration changed this plan, he said, which meant that civil society and democracy promotion funding was cut alongside other elements of the budget.

In response to a question regarding the role of the U.S. and the National Endowment for Democracy in monitoring the upcoming Egyptian elections, McInerney argued that the NED has fairly strong support, but it’s unclear how actively involved it will be in the upcoming elections. If the draft NGO law is passed, that will tremendously increase Egypt’s restrictions on an already heavily restricted NGO community.

One audience member asked if military spending for Egypt is a “sacred cow,” to which McInerney replied that military aid to Egypt has been constant at $1.3 billion every year since 1987, and it’s now part of a 10-year agreement that began in 2008. With regard to restrictions on NGOs in Egypt, Carpenter maintained that the U.S. government shouldn’t be focused as much on programs, but rather on policy – “saying clearly to Egyptian officials that this is something the president is very concerned about.”

McInerney responded to a question about the West Bank and Gaza by reporting that democracy programming has increased overall, particularly for institutions within the Palestinian Authority. “Generally speaking,” he said, “there’s a perception there’s been in some senses progress on rule of law in the two territories, but maybe a deterioration with regard to human rights.” This reflects the notion that the administration has focused more on rule of law and less on human rights and political expression.

Finally, a representative from the Egyptian embassy challenged earlier assertions about Egypt’s Emergency Law and draft NGO legislation, saying that there is little evidence that the 6 April Youth protesters were arrested under the Emergency Law or that the government is making the NGO law a priority. Carpenter responded that “from political perception point of view, whenever such arrests take place, emergency law issues always come up. So in the context of Mubarak’s own campaign pledge, we’d think that maybe he’d want to have a deliverable for the Egyptian people [of a new anti-terrorist law].” On the NGO law issue, Carpenter noted that no one from the ruling NDP has publically stated opposition to the legislation. And when we see these kinds of leaks, it’s natural to see a huge reaction from the human rights community because it fits with a pattern of behavior.