On April 9, 2019, just before President Trump’s White House meeting with Egyptian President Abdel Fattah al-Sisi, POMED joined with 11 other human rights and democracy organizations to host a public event on Capitol Hill about Egypt’s troubling trajectory. Speakers, including six members of the U.S. Congress, called attention to areas of deep concern in Egypt and the need for the United States to speak out and act on behalf of its values. Below are excerpts from some of the speakers at the event.

– Remark Excerpts of Some Event Speakers –

As President Trump rolls out the red carpet and welcomes President al-Sisi to the White House today, it’s important that those of us in Congress speak out about what is really happening in Egypt and what President al-Sisi is really up to. And I’m pleased that we were able to have that bipartisan letter signed by a good group of senators, because what we say in the letter is our effort to tell the truth as to what’s happening in Egypt: we know that al-Sisi has overseen terrible human rights abuses; he has tortured and killed hundreds and hundreds of Egyptians; and it’s reported that over 20,000 Egyptian citizens are currently in jail. There are also, among those who are in jail, 20 American citizens, and so when President al-Sisi comes to the White House I hope President Trump will ask him about those 20 jailed American citizens and also ask him about what he’s doing to his own people, who he is indiscriminately locking up.

We also have to speak out against the proposals—the constitutional amendments—that President al-Sisi is trying to push through in Egypt. He already has amassed a lot of power, but this is just another blatant power grab to deny the Egyptian people the opportunity for democracy for decades to come.

If Egypt continues in this direction, the future is predictable, and it’s ominous. Rather than becoming a modern, stable, and prosperous country—which it could—it will become increasingly divided and unstable. By imprisoning anyone who has the courage to call for more freedom of expression and political pluralism, President al-Sisi is creating a whole new generation of extremists. It’s long past time for the U.S. to use our influence with Egypt, including tying our military aid to reforms that protect the fundamental rights of the Egyptian people. Let them know what we stand for, even if they don’t stand for human rights, let them know that we do. If we don’t, then we stand complicit with a military dictatorship that contradicts the most basic ideals and principles that our country stands for.

The Arab spring showed us just how much Egyptians share our values of democracy, human rights, and equality. Yet President Sisi has continued to pursue policies that fly in the face of that: limiting the independence of the judiciary, restricting opposition political parties, and marginalizing women and minorities. It is time now to stand up for our country’s values and to call out Sisi’s anti-democratic power grab.

Sadly the United States, when it comes to human rights, sends mixed signals. When it comes to our adversaries—say Venezuela or Iran—the [Trump] administration cannot say enough to criticize those countries. But when it comes to Egypt, and other countries the President wants to make nice with, Trump says nothing. We need a reset… Systematic human rights violations and the rise of strongmen should concern us always and everywhere. We need to return to the days when the United States led diplomatically in strong support of human rights and democracy without punishing citizens in the process.

The ongoing human rights abuses and the turn toward authoritarianism in Egypt should be top concerns for the United States’ foreign policy, both because repression on such a scale is morally wrong and because instability in Egypt is not in the U.S. interest.

We know that religious minorities, especially the Coptic Christians, have been in more dangerous situations under Sisi than previous administrations. That’s why I am a proud co-sponsor of House Resolution 49 to insist on the protection for religious minorities in Egypt. We are here united to say no, no to Sisi’s power grab…no ally is above reproach. In a modern world, our relationship with Egypt needs to be put under greater scrutiny. We should not be enabling broad scale human rights violations. We should not continue to send $1.3 billion in aid to Egypt without questioning the suppression of speech, of human rights work, and of political dissent.

My hope is that President Trump won’t sell the new Apaches until Egypt takes responsibility for what it did… I hope that what happened to me never happens to anyone ever again.

I have never been more proud of anything I have done than to be one of millions to march for bread, freedom, and social justice in 2011. I would have never thought in my worst nightmares that we end up today with a regime that makes sure Egyptians today would end up with no bread, no freedom, no social justice, and on top of that, not even dignity. Today, Egyptians are behind bars—most of those young Egyptians from Tahrir square, that we were all so proud of and that most of the world was so proud of, are behind bars in prisons or behind bars of fear. This is a regime that is trying to make us all be afraid. 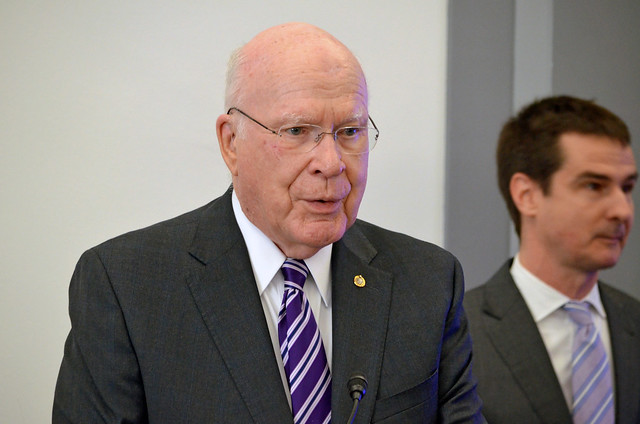