Ahead of the U.S.-Africa Leaders Summit: Examining Egypt’s Record on Anti-Corruption and Women’s Rights

From December 13 to 15, President Joseph R. Biden will host the second U.S.-Africa Leaders Summit in Washington, D.C. Attendees, reportedly including Egypt’s President Abdel Fattah al-Sisi, will meet to discuss a wide range of issues, among them a “reinforce[d] commitment to democracy, human rights, and civil society.”

Please join the Project on Middle East Democracy (POMED) and the Tahrir Institute for Middle East Policy (TIMEP) for a timely discussion on anti-corruption and marginalized communities in Egypt—themes that the Summit’s Civil Society Forum will highlight. An outstanding panel of experts will address the military-backed regime’s pervasive corruption and the government’s record on women’s rights and gender equality, as well as what the United States can do to promote improvements in these areas. 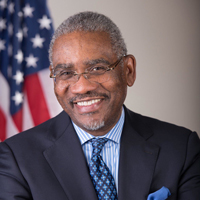 Including special remarks from

Lobna Darwish is a feminist and a gender and human rights officer at the Egyptian Initiative for Personal Rights, a leading human rights nongovernmental organization that works to strengthen and protect basic rights and freedoms in Egypt, through research, advocacy and supporting litigation in the fields of civil liberties, economic and social rights, and criminal justice. Ms. Darwish works on gender and sexuality, with a focus on criminalization. Follow her on Twitter @lobna.

Timothy E. Kaldas is a Policy Fellow at TIMEP. He researches transitional politics in Egypt, regime survival strategies, and Egyptian political economy and foreign policy. Beyond Egypt, his research examines the social and political history of sectarianism in Iraq, U.S. policy towards the Arab-Israeli conflict, and discrimination against Muslim Europeans, particularly in France. He previously taught politics as a visiting professor at Nile University in Cairo. Mr. Kaldas holds an MA in Arab studies from Georgetown University’s School of Foreign Service. He is currently a doctoral candidate at the Universitat Autònoma de Barcelona, after being based in Cairo for 12 years. Follow him on Twitter @tekaldas.

Tess McEnery is POMED’s Executive Director. Ms. McEnery served two tours as a Director for Democracy and Human Rights at the White House National Security Council. At the State Department, she led a Global Democracy and Human Rights Policy Team and served as a Senior Conflict Prevention Advisor. Previously, Ms. McEnery managed some of the U.S. Agency for International Development’s largest foreign assistance mechanisms and pioneered the agency’s electoral security initiative. Ms. McEnery received her Master of Public Administration from the Maxwell School of Citizenship and Public Affairs at Syracuse University and her Bachelor of Arts in political science from Guilford College. Follow her on Twitter @TessMcEnery.

Ramy Yaacoub (moderator) is a founder and the Executive Director of the Tahrir Institute for Middle East Policy (TIMEP). Mr. Yaacoub is the former Chairman of iProductions and the former CEO of O MENA Media, two companies under the umbrella of O Media Holding. Mr. Yaacoub holds an M.A. in International Affairs with a focus on U.S.-Middle East relations from American University’s School of International Service (SIS) and a B.S. in Aerospace Engineering from Embry-Riddle Aeronautical University. He previously served as Chief of Staff of the then-parliament-majority Free Egyptians Party in Egypt, and as a Policy Volunteer for the Biden for President campaign Middle East Working Group. Follow him on Twitter @RamyYaacoub.